Friends of Fresh and Green Academy Inc. has no opinion on the reposted story below. We only work for the betterment of the children and their families through education and nutrition.

I do want to bring your attention to (if you are not already aware of) a huge project in Ethiopia. Their leader says it will be very beneficial for the country and it's people.

nazret.com - Ethiopian Prime Minister Meles Zenawi has officially laid the corner stone for Ethiopia's Grand Millennium Dam project to be built on the Blue Nile river. The project which is expected to generate 5,250 MW will cost $4.8 Billion dollar and will take four years to complete. Italy's Salini Costruttori is the prime contractor.

The Grand Millennium Dam would be by far Ethiopia's biggest infrastructure project to date. If all goes as planned, we certainly hope it will, it will be hard to overstate its importance to take Ethiopia out of poverty.

Hydroelectric power contributes 88% of the generation capacity in Ethiopia and 11% comes from Diesel and just 1% from Geo-Thermal. Ethiopia has a total generating capacity of 2,060 MW as of April 2011.

In the past 10 years, five hydroelectric power plants have been built and put in service with a total capacity of 1,437 MW, several more are under construction.

Posted by Unknown at 9:10 AM No comments:

You Can Help by Sponsoring a Child 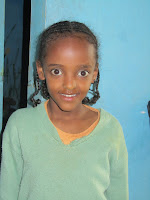 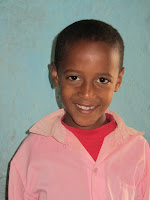 Monetary donations are a crucial part of the existence of Fresh and Green Academy and the “Child Sponsorship Program” helps guarantee the school will operate and the children will be fed. Every month barely enough money is sent to cover the costs of teachers salaries, food and rent. With your generous donations all the children will receive three meals a day and a quality education.
During the month of April the school expenses were as follows:
Rent-$313.00
Salaries-$250.00
Utilities-$70.00
Food for 111 children three times a day-$1380.00
For $25.00 a month, the price of a dinner out, you will help all 111 students of Fresh and Green Academy eat three nutritious meals a day, have access to medical care, and continue to thrive in a loving and caring learning environment. You will receive periodic updates on the specific child you have sponsored but will be helping all the children.
Visit our website at www.friendsoffreshandgreen.org to sponsor a child today!